Imagine for a moment that it’s 1803. Less than 30 years have passed since the founding of the United States, the Industrial Revolution is in full swing, and, for the first time, inventors in England have found a way to use electricity to generate light. Fast-forward several decades and you find that incandescent bulbs, made popular by Thomas Edison, are now lighting homes across the United States. As you move into the 21st century, however, you notice that the popularity of incandescent bulbs has faded, thanks to new, energy-efficient light bulbs. Read on to trace the light bulb’s path through history. 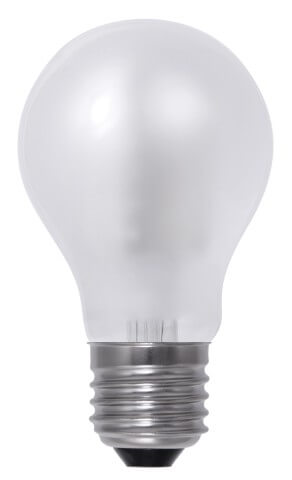 Light was first produced from electricity in the early 1800s. By the 1830s, the first incandescent light bulbs appeared, which operated by passing electricity through glass-enclosed filaments until the filaments were hot enough to generate light. Although many variations of this bulb were produced, they were often expensive to build, had short lifetimes, and used too much energy, therefore making them impractical for everyday use. Thomas Edison was a key player in advancing the early versions of this technology into the first long-lasting, efficient incandescent bulb, which became widely adopted from the 1880s onward. 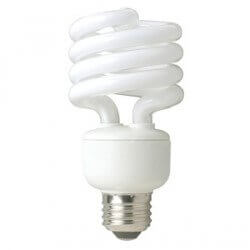 Although expensive and unreliable at first, these bulbs grew increasingly affordable, more energy-efficient, and longer lasting. CFLs can now use over 75% less energy than standard incandescent bulbs. 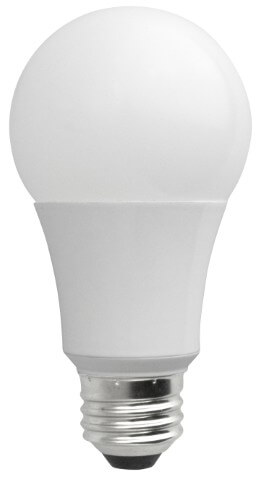 Light-emitting diode (LED) bulbs are even more energy-efficient that CFLs. First invented in the 1960s by a General Electric employee named Nick Holonyak, LEDs work by passing an electric current through a semiconductor to emit light. Originally, LEDs could generate only red light, and it was not until the 1990s that LEDs producing white light first appeared. Over the past two decades, LED bulb technology has evolved rapidly as more households have switched to LED lighting and manufacturers have invested more in these bulbs. Compared to early LED light bulbs, the LED options you’ll find today are light-weight, affordable, and shaped like traditional light bulbs.

The variety of LEDs now available make these bulbs a great, energy-efficient option for both indoor and outdoor lighting. ENERGY STAR® certified LEDs use up to 90% less energy than incandescent bulbs, and can last over 20 years, compared to the typical one-year lifespan of an incandescent bulb. LEDs are also available in a variety of shapes, colors, and styles, ranging from candelabra bulbs for your chandelier to PAR38 bulbs for your deck. For those that prefer the look of a traditional, or even Edison-style, incandescent bulb, filament-style LEDs are even available that resemble this classic look.

Since the 1800s, light bulbs have transformed from standard incandescent bulbs to energy-efficient LEDs that are available in a variety of styles and sizes. With new advances in light bulbs always underway – including the advent of wifi-connected LEDs that can be managed remotely – we’re sure to see even more improvements in bulb technology over time.

Looking for new bulbs for your home? Take advantage of discounts on energy-efficient light bulbs, made available online and in stores, thanks to the sponsors of Mass Save®.

Lighting & Appliances
Back To Blog

MyEnergy provides customized content based on your location and energy needs.

The Sponsors of Mass Save® are proud and honored to have received the ENERGY STAR® Partner of the Year—Sustained Excellence Award from the U.S. Environmental Protection Agency and the U.S. Department of Energy for 2022 for their work on promoting ENERGY STAR certified products to residents.

What does it mean to buy ENERGY STAR® certified appliances?

When you shop for appliances and electronics for your home, do you look for the blue label? We're talking about ENERGY STAR.The program was created by the US Department of Energy and Environmental Protection Agency as a way to help consumers and businesses protect the environment by saving energy and reducing CO2 emissions.